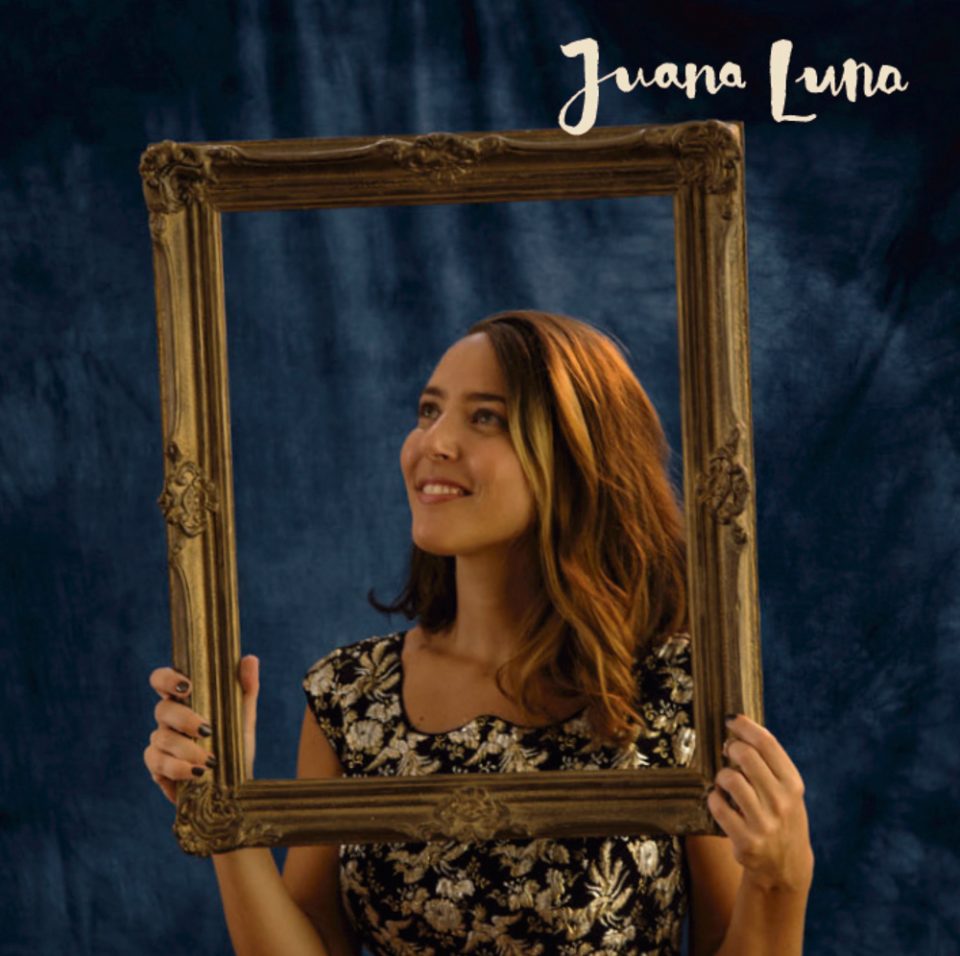 The debut EP of Argentinian singer Juana Luna, which we recorded during August 2016 in New York and was released in July 2017.

“Oración del remanso” (Jorge Fandermole)
An arrangement in 5/4 of the famous song by Jorge Fandermole, in which we feature Chris McQueen in the electric guitar.

“José Sabía” (Alejandro Balbis)
An arrangement of the song by the band “La vela puerca”, which became very popular during the 90s. 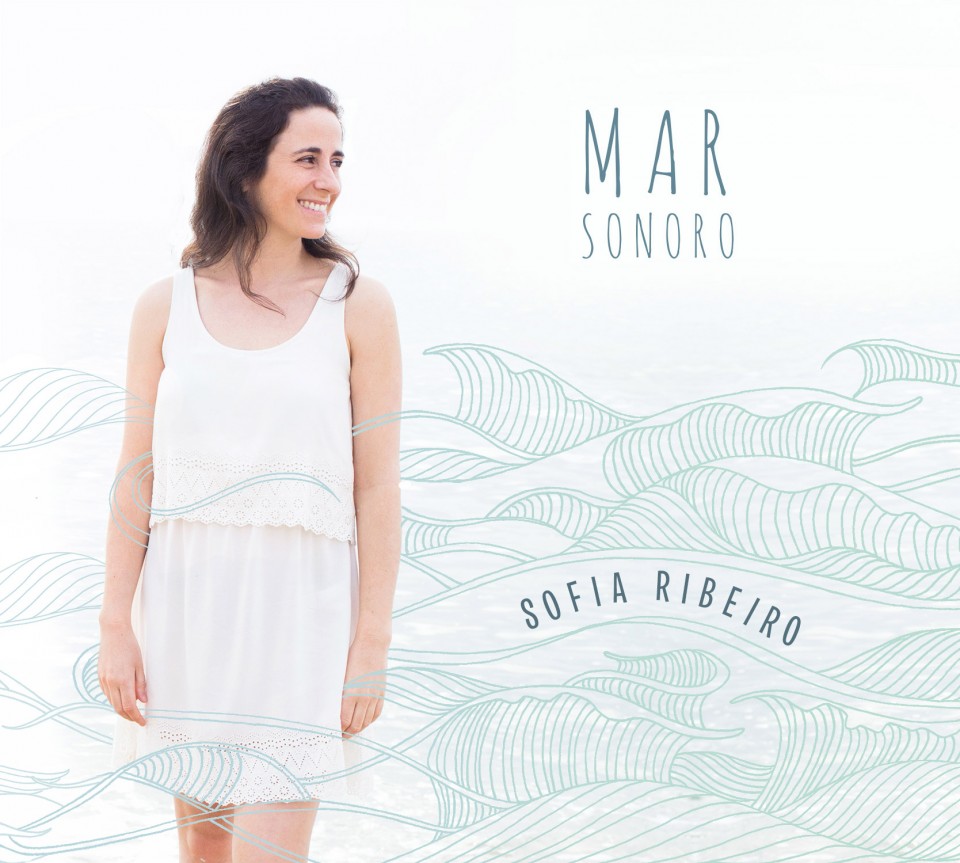 “Bom Dia” (Sofia Ribeiro) A song based on the Brazilian rhythm of Maracatú, in which Sofia describes a very particular character who goes around saying hello to everyone.

“Tela” (Sofia Ribeiro) A great song by Sofia, with an incredible solo in the end by the virtuoso flute player from Israel Itai Kriss! 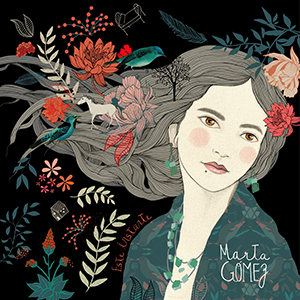 “Este Instante” (Marta Gómez) The song which gives title to the album.

“Una pena” (Marta Gómez) A beautiful song by Marta, for which I wrote a horn section which we recorded in Barcelona with four incredible players.

“Yacanto” (Marta Gómez) A song dedicated to the town of Yacanto in Argentina.

“Mírame” (Marta Gómez) For this song I wrote a string quartet beautifully played by Maria, Christiana, Lev and Yoed. Listen to the beautiful solo by the great guitarist Juancho Herrera!

“La esperanza canta” (Marta Gómez) This song is a tribute Marta pays to the hard worker women in the country side.

“Manos de mujeres” (Marta Gómez) This is a song Marta already had published in one of her previous albums. For this Cd I wrote a completely different arrangement to it based on the Colombian rhythm of cumbia, and it includes the participation of the amazing voices of Andrea Echeverri (Colombia) and Martirio (Spain), as well as the incredible Israeli clarinetist Anat Cohen.

“Layla” (Marta Gómez) The lyrics of this song are very powerful. It contrasts the lifes of a little girl named Layla, who came to hug Marta after her concerts in the city of Boston, with the one of the Iraqui artist Layla, who died in one of the US bombings over Irak.

“Llévame en tus alas” (Marta Gómez) A hommage to the artesans in Guatemala and Latin America. 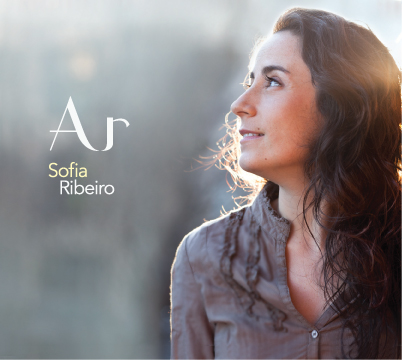 “Mimo (Sofia Ribeiro)
A funny song written by Sofia, talking about one being spoiled and wanting everything for oneself. Listen to Sofia’s great vocal trombone solo!

“Maria das Mercedes” (Djavan)
An original arrangement of the song by the great Brazilian composer Djavan.

“Ribalta” (Sofia Ribeiro)
A sad song with some fado influences for which I wrote a string section that I am very proud of.

“A Medida da Paixão” (Lenine)
A duo version from this beautiful song by Brazilian composer Lenine.

“Bola de chumbo” (Sofia Ribeiro, Juan Andrés Ospina)
Sofia had started writing this song a long time ago, but she was blocked and did not know how to continue it. We worked it together, and this is the result.

“Adversidade” (Sofia Ribeiro)
The lyrics of this song were originally a poem by Brazilian poet Cecilia Meireles. We tried to get in touch with the owner of the rights of the poem (the poet’s grandson), and not only he ignored us during 6 months, but in the end he refused to give us the rights to use it. Despite the frustration and stress of the situation, Sofia wrote a new set of lyrics where Sofia talks about the adversity and the adversities of life.

“Súplica” (Sofia Ribeiro, Juan Andrés Ospina, Miguel Torga)
We co-wrote the music for this beautiful poem by Portuguese poet Miguel Torga. Listen to the beautiful solo that the bass Petros Klampanis improvised for the session. 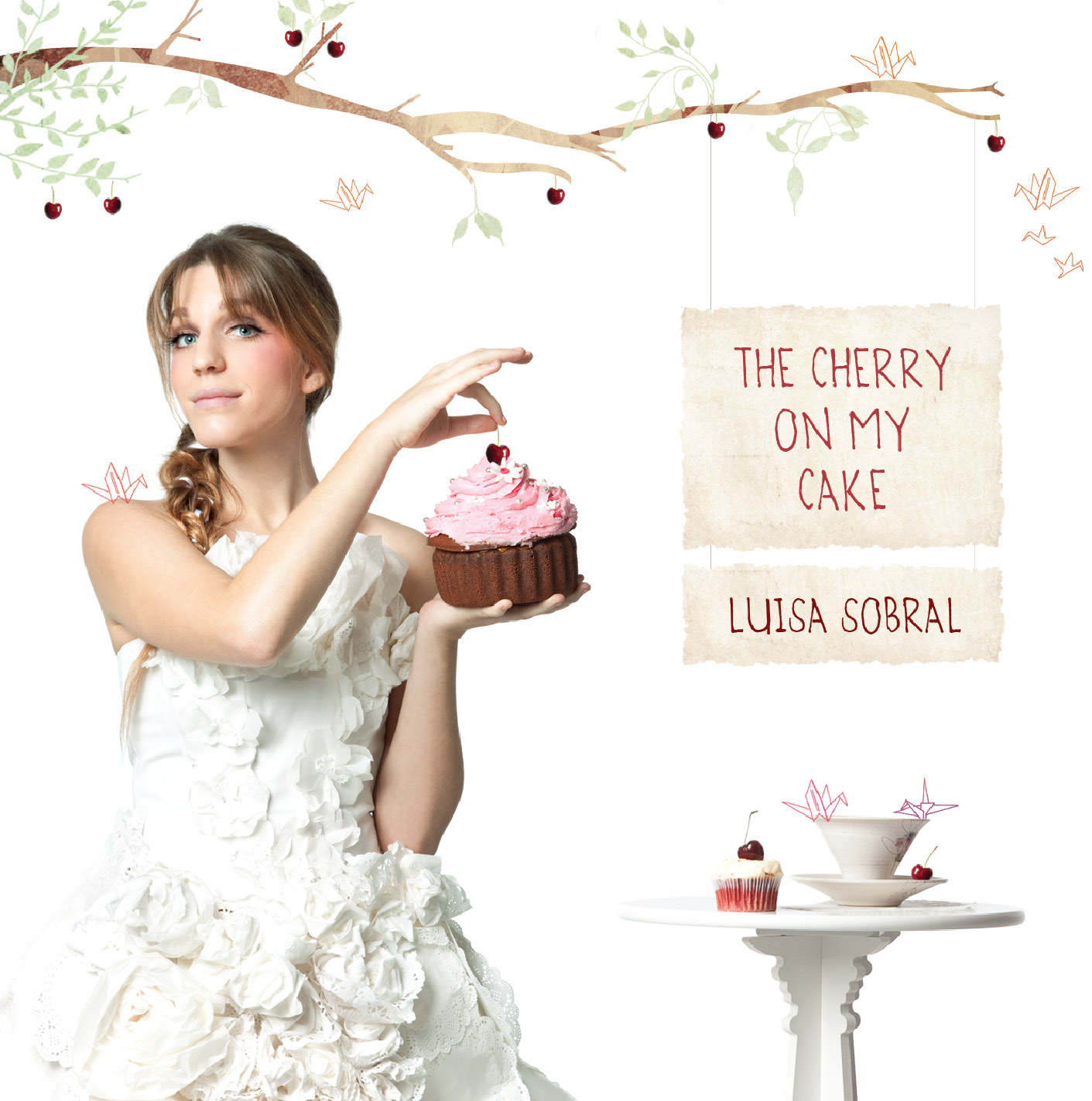 We recorded this album in October 2010 in Lisbon with Luisa and a great team of musicians. The Cd became huge success in Portugal, where it received a Golden Disk Award and later on a Platinum Disk Award.

“Not There Yet” (Luisa Sobral)
This was the first single of the album. I wrote a string arrangement emulating the fantasy of the song, which comes in 1:28.

One of my favorite tunes from this cd. This one was recorded a year before the rest of the album with myself on the piano, Pablo Eluchans on drums, Pat Groenland on guitar and Dylan Coleman on bass (Boston, MA).

“Why Should I?” (Luisa Sobral)
An ironic song with a funny horns sections I wrote for trumpet, trombone and tenor sax.

“Xico” (Luisa Sobral)
On of the only two songs sang in Portuguese in the album, with a New Orleans vibe for which I wrote a horns section with clarinet, trombone and trumpet.

“I Would love to” (Luisa Sobral) I wrote a piano interlude for this song which appears several times throughout the tune, and leads to a simple piano solo in the middle. 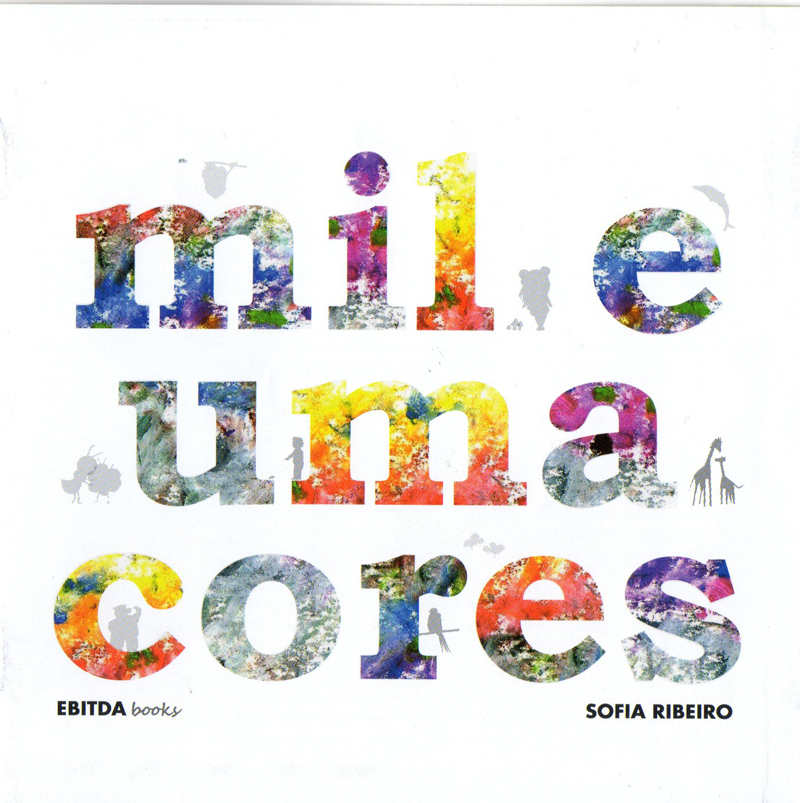 Portuguese singer Sofia Ribeiro writes music for the children’s stories written by her sister Manuela Ribeiro. Each story comes with a different song, and I had the opportunity to produce, arrange and play for 5 of these.

“Serafim” (Sofia Ribeiro)
A beautiful children’s tune by Sofia featuring the voice of her talented niece Diana Ribeiro. The song talks about a hippo that is always sick because of not eating enough fruits and vegetables, thus teaching kids about the importance of eating healthy!

“Frederico, o cinto de asegurancã” (Sofia Ribeiro)
A song that is meant to teach kids to use the safety belt while riding cars, with a clear influence from Michael Jackson and Stevie Wonder! [

“Granadas” (Sofia Ribeiro)
Another original song by Sofia, featuring the voice of her sister Susana Ribeiro and another niece, Maria Teresa Santos Ribeiro. Teaches kids to curb their dogs!

“As mantinhas do sono” (Sofia Ribeiro)
A very beautiful song with the melody shared between Sofia, her sister Luisa and her niece Martinha (wait for the very ending to listen to her very kiut voice).

“Some breathtaking melodies on this recording, and it left me scrambling to recofigure my Best of 2010 lists. BBB is a must-buy. An absolutely welcome addition to the jazz landscape. Outstanding…” (David Sumner, All About Jazz)

Juan Andrés Ospina releases his CD “BBB: Barcelona, Bogotá, Boston” in 2009. The album includes some of the tunes that the pianist composed during his years in these three cities, and the music blends some Colombian rhythms (bambuco, the pasillo and cumbia) with jazz elements such as the instrumentation and the improvisation. The music in the CD has been requested for educational purposes by institutions such as the NEC (New England Conservatory), Berklee College of Music, the UNT (University of North Texas) and the Universidad Javeriana (Bogotá, Colombia) amongst others, and the song “Todavía No” has been performed by the Paquito D’Rivera group in important venues such as the Carnegie Hall and the Blue Note.

“Todavía No” (Juan Andrés Ospina)
An original pasillo that I wrote while at Berklee. Listen to the amazing solo that Matan Chapnizka (tenor sax) plays in 3:08!

“Al Chicamocha” (Juan Andrés Ospina)
Another pasillo that I wrote several years ago, while living in Barcelona (Spain). This song was a finalist in the John Lennon Songwriting contest 2009.

“BBB” (Juan Andrés Ospina)
This is the only song that I wrote specifically for this cd, and its name gives the title to the cd “Barcelona, Bogotá, Boston”- it was in the years that I spent in these three cities that I wrote the music in this cd.

“Muy Antioqueño” (Hector Ochoa, arr. Juan Andrés Ospina)
An original arrangement I wrote this beautiful ‘bambuco’ written by Colombian composer Hector Ochoa. My father used to sing it very often when I was a kid.

“Yasé Mehóku Rira” (Juan Andrés Ospina)
Another original cumbia that I wrote while studying at Berklee. This is the only song in the album that features a 6 horn section. Listen to the amazing solo that trumpet player Billy Buss plays in 1:48.

“Amherst” (Juan Andrés Ospina)
A darker tune, based on an afternoon I spent at the University of Amherst. The place was empty, it was cold, foggy and rainy, and I had to spend hours wondering around waiting for a bus to Boston (why I got there is a long story!). 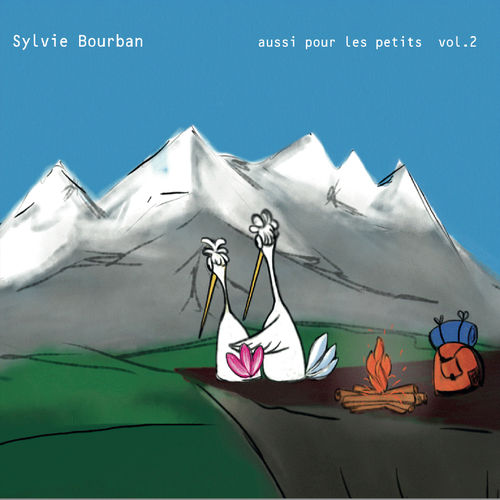 “Je veux un chat! (Sylvie Bourban)
An energic bahiao talking about a kid that really wants a cat, and who is willing to do whatever he can to get one.

“Ali Baba” (Sylvie Bourban)
A kid is imagining having great adventures in Arabic caverns and treasure huntings, but he is constantly thrown back to his boring reality!

“Le Chameau” (Sylvie Bourban)
A camel who hates tourists, and is constantly dreaming about laying on the beach and doing nothing.

“On sera le meilleurs” (Sylvie Bourban)
An acrobat and a lion trainer who work at a circus, and who dream about becoming the best in the world.

“Firmin” (Sylvie Bourban)
A deer hanging on the wall who knows tons of stories. 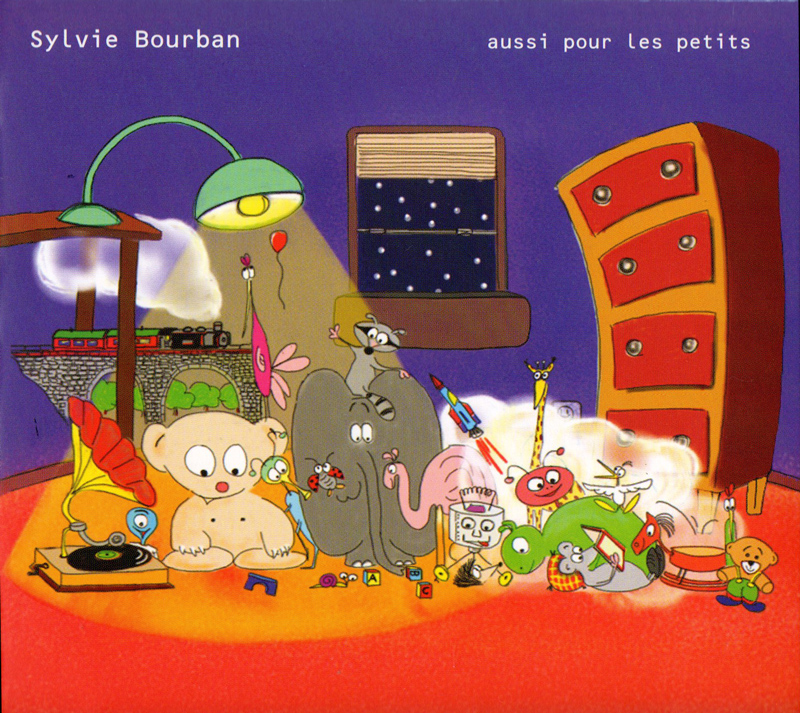 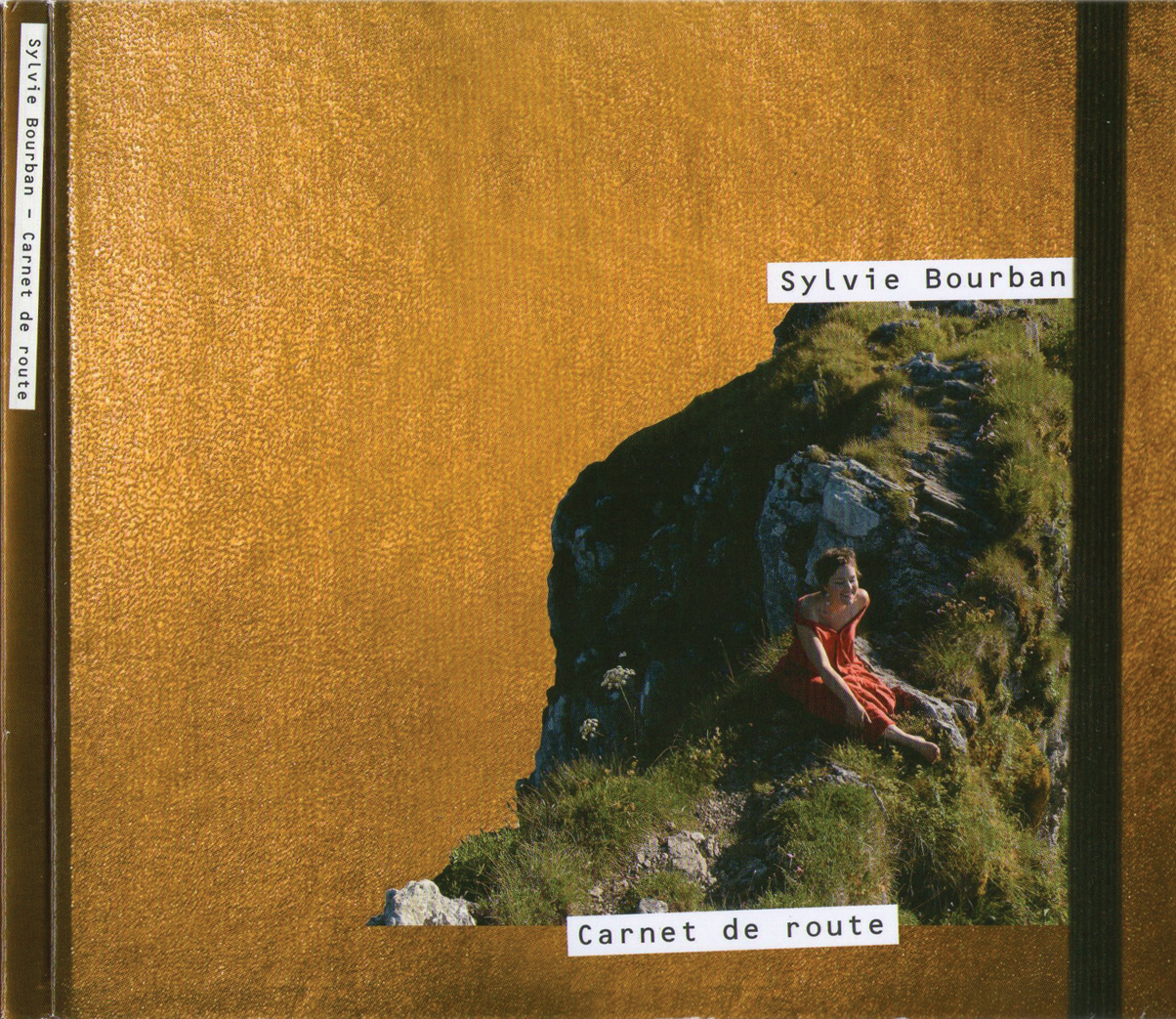 “Lu Bela Marre” (Sylvie Bourban)
An ironic tune that talks about the problems someone has with his ‘mother in law’. It was really great to have the opportunity to write for the great trombone player David Harris!

“Ouei!” (Sylvie Bourban)
A great tune talking about the joy of touching grass, hiking mountains and many other simple pleasures, with a very nice bass solo by Dylan Coleman.

“Murió el amanecer” (Marta Gómez)
Another beautiful Zamba written by Marta Gómez. For this take I improvised a piano solo intro, she told me to play something in the style of the movie ‘Diarios de motocicleta’. 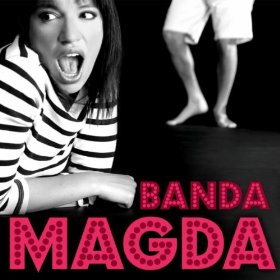 “Petite Maline” (Magda Giannikou)
A very beautiful song by my talented friend Magda Giannikou that we have performed many times live as a duo. 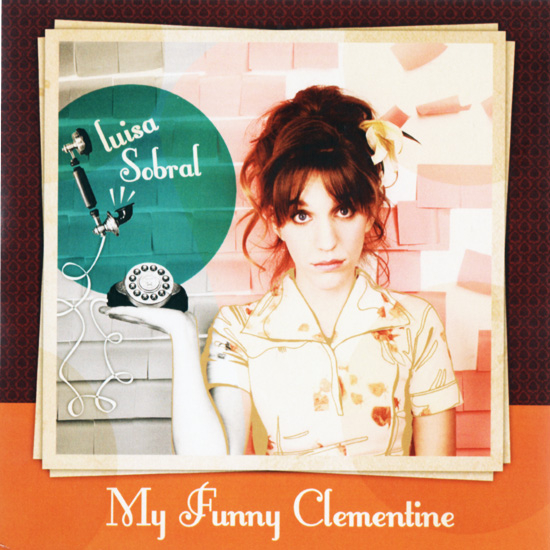 “La vie en Rose” (Louiguy, arr. Juan Andrés Ospina)
An arrangement I wrote of the famous song ‘La vie en rose’, and which we recorded in New York in January 29 2010).