I am really thrilled to tell you that next Thursday October 18th we will be finally presenting my big band album “Tramontana” in New York, at the incredible venue “Dizzy’s Coca-Cola” (part of the Lincoln Center). Its a concert with which I dreamed for many many years, and I am really happy that its going to happen in such a beautiful place and with such an incredible group of musicians. Please come if you are in New York, this might be a one-time in a lifetime concert!

I am also very happy to share with you all this new video of the Big Band album: the ending of Lucia Pulidos song “Ver Llover”, in which we had the pleasure of having her as a guest, and my brother Nicolás in the piano. Lucia just landed in New York (coming from México) to play the concert,… its going to be a blast!I hope you like the video; I edited it myself using the amazing footage by the genius Andy LaViolette.

Hugs to everybody, and hope to see you at the concert! 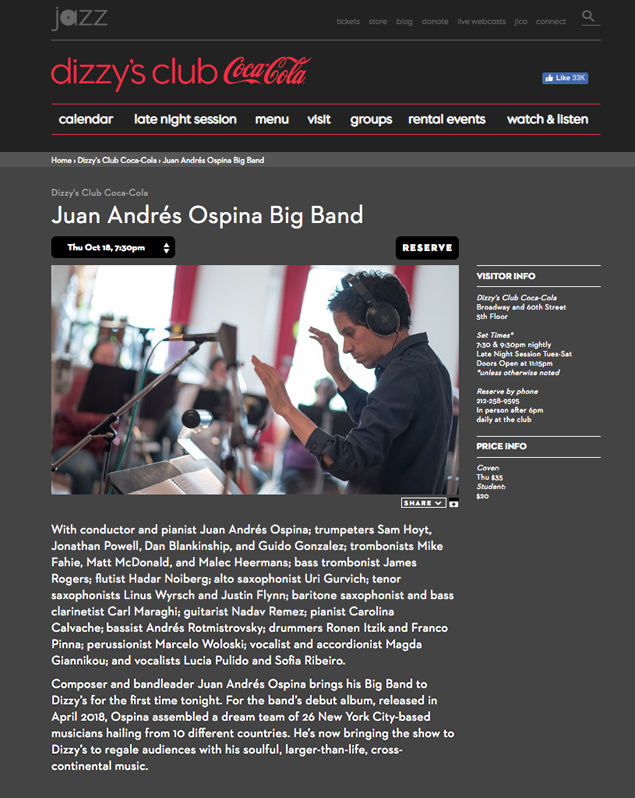